Making Webcomics: What if I can’t draw?

Making Webcomics: What if I can’t draw? 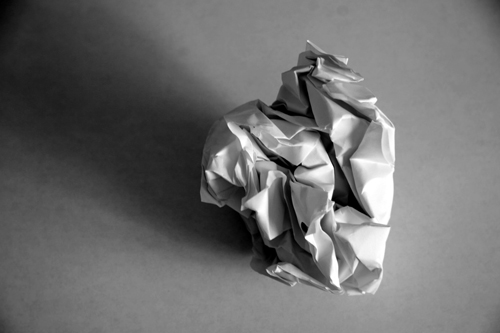 So, you want to start a webcomic, but there’s a problem. You can’t draw. Well, that fact doesn’t have to be the end of your webcomic dreams, but it does mean you may have to go a slightly different route than those who already can.

If you have ambitions to start a webcomic, and aren’t particularly artistically skilled in drawing, chances are, your talents lie in writing. This isn’t a bad thing, but the problem is of course, with comics being a visual medium you are going to have to figure out how to bring your writing to comic reality. There are actually several options, as a LOT of writers run into this problem, and many have devised clever, nefarious, funny, or ingenious workarounds for the problem.

Some brave writers opt for this particular option. Teach yourself to draw, or set out to draw. Many artists have to learn how to write, its not unfeasible for a writer to learn some artistic skills. Much like writing its simply a matter of learning the basics and then practicing your eyeballs out. Comics don’t have to be artistic wonders, and even very basic art can support a well written comic. xkcd is a case in point. Its extremely witty and well written, but its completely done by stick figures. No one can say that the artistry in that comic is top knotch, but it is enough to get the writing across. And that’s really all you need. But if drawing is totally not your thing, or you require much higher quality art than you can provide, there are other options.

Many people have taken to learning another skill, 3D rendering, to bring their comics to life with software such as Poser. Poser and similar software has a huge wealth of resource available for models, clothing, backgrounds, etc, and also a very large community for support in your learning efforts. The software itself will run you some cash, about$250 USD for Poser, but there are free 3D software packages out there, such as Blender. If you are already well versed in 3D rendering, this might be a very good option for you. If you aren’t willing to learn to draw, but are willing to teach yourself how to do this, you may find it a viable option. There are successful examples of 3D rendered comics out there. House of the Muses is an example of a fairly successful 3D rendered comic.

There are however, criticisms of 3D render comics. One common complaint is that they all look the same. This is because people tend to use the same 3D models and many amateurs don’t take the time to learn to customize the characters enough, or spend enough time on their rendering to make the scenes look good. Some comic makers have attempted to fix this using filters to make the figures look more comic like, or doing the basic posing/art in poser, then exporting it to photoshop or another painting ish program and then painting over the renders to provide a more organic look. There are also complaints of the models looking to ‘plastic’ or unrealistic. Many new renderers don’t pay attention to important details of texture and lighting, or the nuances of the body. You also run into the problem of the uncanny valley. However, if you put the effort into it, it can still be a viable way of illustrating your comic.

If you don’t want to put the time into learning to render software, maybe photography is your thing? There are some comics that have turned to photography as a means of illustrating their stories. Union of Heroes is one such comic that has turned to photography rather than the pencil, and has done so with reasonable success. There is debate in the artistic community as to if this is ‘cheating’ or not, as comics are debated to be ‘sequential art’ not ‘sequential photography’, however, done right, it can be a viable means of visually communicating your story. You will have to spend the time rounding up models, costuming, lighting, and taking pictures.  There are a few comics that have turned to using items such as lego men or fantasy minis as their photographic models. An example comic that uses this technique is Irregular Webcomic!.

I actually hesitate to bring this up, but it is a ‘genre’ of comics that has evolved out of the massive web comic soup of the internet. Most ‘sprite’ comics are created by ripping video game sprites. I will personally say that it is morally wrong to take copywritten work, such as a video game sprite (common ripoffs include megaman, sonic, old final fantasy, etc) that is the likeness of a well known character or character design and use it as your own. It can also cause a lot of legal red tape later if you are found out to be selling items (merchandise) with those characters on it, but that being said some very successful comics, like 8-bit theater used it in the beginning with old final fantasy sprites, and Bob and George ran for years using Megaman sprites. If you do decide to go this route, consider making your own custom sprites and NOT ripping off video game sprites. Examples of original ‘pixel art’ comics include the likes of comics such as Diesel Sweeties and A Modest Destiny.

If none of these options have appealed to you yet, you may consider the option of teaming up with an artist.  Collaborations can be very rewarding, and there are artists out there (believe it or not) that want to draw a comic, but have no ideas or story writing ability. In terms of team ups, you have a couple of options.

Most writers, and aspiring webcomic creators are poor. Depending on the level of quality you are willing to accept in terms of artistic skill you may be able to find an artist who is willing to team up for you without pay. This is pretty rare however, and of course, artists who possess any decent level of skill are in high demand. You may be able to ‘hire’ an artist for a portion of proceeds from the webcomic itself, if you’ve planned how you are going to make money off of it. An artist may be willing to work for a percentage of donations/sales/ad revenue.

The other option is to save up some money and pay the artist for their work. This is the way you can probably get the best bang for your buck. Most comic artists have a page rate, which can vary from as little as 5$ a page, to 50$ a page or beyond. It is very much dependent on the artist. You can probably bet, the better the artist is, the higher their page rate is. Artists may charge less for pencil and ink vs full color, and if you are willing to learn to do the coloring duties, you may be able to save some money.

If you are looking to team up with an artist, forums and artist hangouts are good option to see if there is anyone out there looking for partnerships. If you aren’t offering anything, you can probably expect to be heckled a bit, as artists do get sick of people trying to sponge talent for nothing, and they get testy. Some artists DO go looking for writers to help them on their own projects, and it may be possible to exchange services, you help them on their project, and they help you on yours. A little backscratching goes a long way. A few places you may go looking for artists:

There are many other places to look, you can even be braisen and email a particular artist you like about the potential of collaboration, but if you do, be sure to come with something in hand to offer the artist. Even if it is simply a business plan and a sample script. Showing an artist that you’ve thought things out and know what your doing does wonders to show that you are serious about working with them.  Many writers make the mistake of writing an artist without taking into consideration the whole picture, and basically asking an artist to slave over hundreds of pages for nothing. Be considerate if you are looking to colaborate, and be prepared to answer the question, “So, what do I get out of it?”. If your only answer is “exposure and my everlasting gratitude”, its not going to be good enough for most artists that are any good. Some artists may want the practice, but those who have been in the game a while need something a little more substantial.

If you aren’t willing to learn to draw, or do one of the other options and have resorted to hiring or collaborating with an artist, remember that they’ve spend hundreds if not thousands of hours perfecting the skill you weren’t willing to learn  yourself. Make sure you reward them for sharing that skill with you in some tangible way.